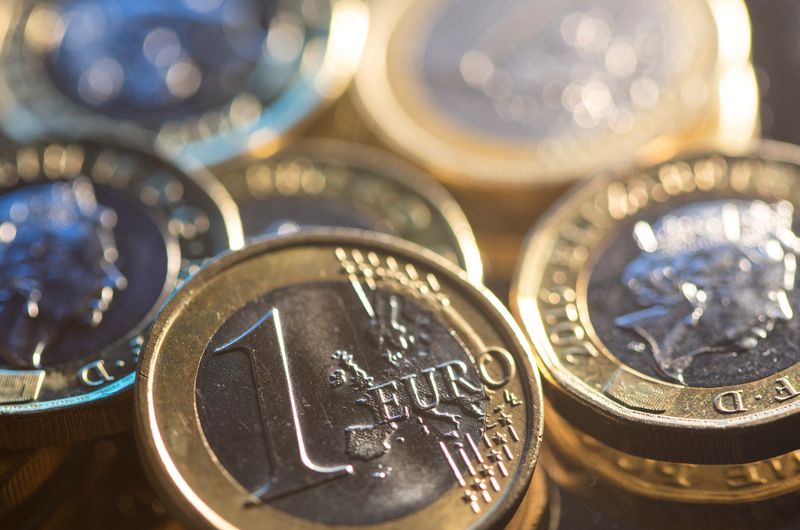 © Reuters. One Euro and British pound coins are seen in this illustration taken, November 9, 2021. REUTERS/Dado Ruvic/Illustration/Files

(Reuters) – Investors that were previously put off by negative interest rates in Europe in recent years are starting to return to market, funding officials for the European Investment Bank and European Commission said on Thursday.

“It’s true that the number of central banks who could not buy negative rates because their mandates would not allow them to, they’re starting to come back and make an apperance. It’s also true that the number of non-European investors who shied away… they’re starting to come back,” said Sandeep Dhawan, head of benchmark funding at the European Investment Bank, adding that pension funds and insurers are acting similarly.

However, appetite for European debt is only in the early stages and hasn’t changed the composition of investor demand for the EIB’s debt sales, Dhawan told a seminar in Luxembourg.

Christian Engelen, who heads the borrowing and lending unit for the European Commission’s budget department, said the European Union is also seeing increased interest from investors outside the euro zone.